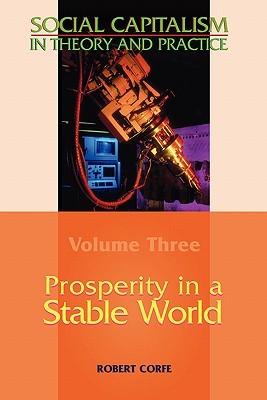 But such reforms can only best be initiated from within the capitalist system itself by those most technically competent to effect necessary change, and hence this book calls upon the business community to take such an initiative.Whilst the first volume of this work traced the development of the new majority and its potential readiness to promote desired change- and whilst the second volume laid out the theoretical basis for Social Capitalism and a new political consciousness- the third and final volume is concerned with the policies and practicalities of a Social Capitalist world.

Part I of the present volume is concerned with the international dimension, and especially the Third world, and the need for its internal capitalisation and redefining the benefits of free trade, and the priority of environmental questions. Parts II and III are concerned with strategies for national prosperity on the macro-economic level in advanced industrial economies, and Part IV considers the reforms of the business enterprise in successfully integrating the common aims of employers and employed.Part V is an exercise in the critique of Rentier capitalism, comprising an expose of 43 leaders of major corporations, and Part VI concludes the work with a summary and analytical declaration of Social Capitalist values and aims.

As this book clearly demonstrates, a free and democratic world cannot be achieved or maintained without the successful establishment of a Social Capitalist society which seeks to maximise the individual ownership and control of the means of production, distribution and exchange.Under different pseudonyms, Robert Corfe is also the author of 3 autobiographical works: Death In Riyadh (Geoff Carter) describing his life as a businessman in the Middle East in the 80s- My Conflict With A Soviet Spy (Eddie Miller) relating his adventures in Finland in the mid-60s- and, The Girl From East Berlin (James Furner) an epic novel relating his love affair in the old German capital at the end of the 50s.

Comments
Comments for "Prosperity in a Stable World--Volume 3 of Social Capitalism in Theory and Practice":