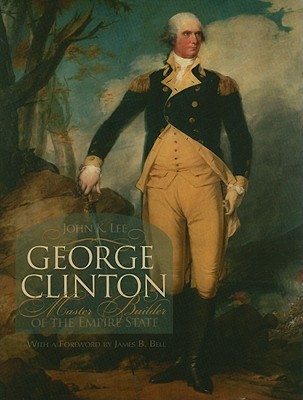 George Clinton, born in July 1739 on his family’s farm in Ulster County, New York, had a life spanning the final days of the British colonial era through the early years of the new republic. He served as witness to and leading actor in the events leading to the Declaration of Independence and the Revolutionary War. In George Clinton: Master Builder of the Empire State, John K.

Lee brings new attention to New York State’s first governor. He focuses on Clinton’s extraordinary military exploits, detailing the victorious Sullivan-Clinton campaign against the Six Nations, which paved the way for the surrender of Cornwallis and ensured eventual American possession of western New York lands. This engaging biography, enriched with an array of illustrations, shines a bright light on an early American politician whose remarkable vision and leadership powerfully shaped the Empire State.