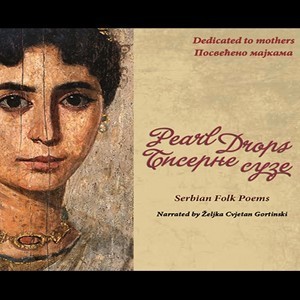 That tradition helped Serbian people preserve their national identity, as well as their language and culture in spite of oppressive conditions created by frequent foreign occupation. Current and historical events, told and retold through epic poems, functioned as an important form of resistance. This was especially true between the fourteenth and nineteenth centuries when Serbia was dominated by the Turks.

The oral poetry was usually performed by the talented folk singers who would play the gusle, a traditional Serbian music instrument, while chanting the words of the poems. Very often those gifted singers were visually impaired. The most famous ballad singers were Filip Visnjic, Tesan Podrugovic and Old Milija. There were also known women singers, Zivana and Jeca. A special value of the folk ballads is the emphasis on the craft of epic storytelling about relevant human experience and memorable characters. The significant intensity is communicated with strong metaphoric meanings.

The ten - syllable verse meter, mostly trochaic, creates special rhythmic lining to these poems retaining their intensely melodic structure. The unique expression in each folk poem carries an eternal voice from the past, which has resonated with each passing generation and gained increasing validity. That ancient voice continues to convey meaningful images and stories and reminds us of the profound value of all literature: These images never age but remain relevant to all people regardless of time and place.